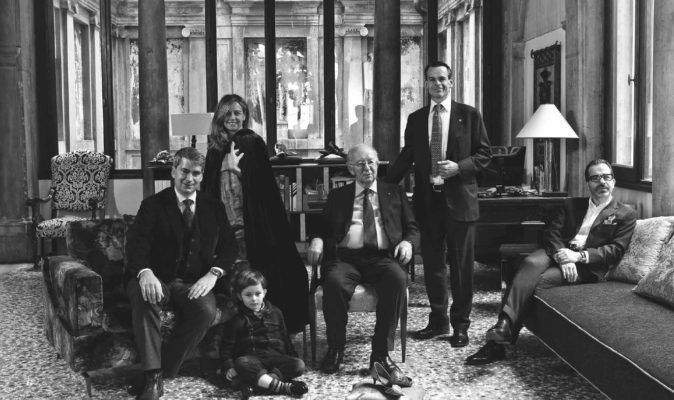 For five generations, since 1858, Rubelli’s silk, damask, velvet and other rich fabrics have been created from Venice. Father Alessandro Favaretto Rubelli has been at the helm for 61 years. His sons Lorenzo, Nicolò and Andrea stepped in one by one. Sister Mathilde also worked for Rubelli for a number of years. Lorenzo is, just like his father, trained as a lawyer, Nicolò and Andrea both as an engineer. The partner of Andrea, Alessandra Rubelli works as an independent interior designer. Rubelli launched the furniture line Rubelli Casa last year. The Rubelli group also includes Donghia, Armani Casa and Domique Kieffer. Studio Rubelli is the own interior design agency. With Moroso and Kvadrat, Rubelli introduced the Setting the Elegance collection last fall. Rubelli.com via loggerewilpower.com